"If you play it safe in life you've decided
that you don't want to grow any more."
-Shirley Hufstedler

A Simple Game with Numbers:

Answer: Look at the person as if they were peculiar and say:
But there are no elephants in Denmark!

"Policeman are numbered in case they get lost."
-Spike Milligan

Below is a simple guide for Numerology using the analogy of growing a tree:

Number 0... Holding the seed and preparing the soil for planting

Number 1... Plant the seed in the ground, the idea is still in the unconscious

Number 3... The seedling starts to find it's way, there is a growth spurt

Number 4... The roots take hold, the seedling stablizes itself

Number 5... It takes off and stretches it's limbs in all directions, major change, now looks like a tree

Number 6... The plant grows fruit, manifestation, it's own family tree

Number 7... Thinking of what to do with the fruit, make jam, preserve it, dried fruit, etc...

Number 8... The wealth that comes from selling your product

Number 9... The completion, the receipts, the thank you notes, the tax

The cart is empty 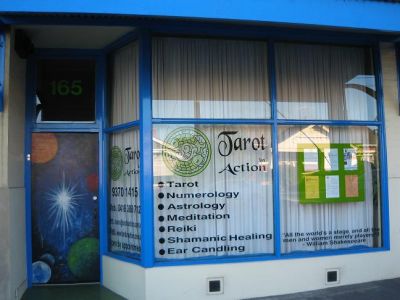 IF TRAVELLING BY PUBLIC TRANSPORT

All day parking is available across the road from my shop. Or travel by public transport - Airport West Tram line coming from Elizabeth St in the City. Tram numbers, #49, #52, #59. My Tram stop number is #36.